What does science have to say about cross country skiing, double poling and strength?

Cross country skiing was traditionally a sport performed by mountain men, lumberjacks and farm boys. They had a good base of strength, more than sufficient for racing. The speed was relatively low, the poles were used sparingly and sprinting wasn’t invented. Research in sports physiology was, therefore, initially focused on aerobic capacity and how to improve it. Swedish professors Per Olof Åstrand and Bengt Saltin were pioneers in the field in the 70s and lay the foundation for what is known about aerobic conditioning to the present day.

When researchers later started to investigate the correlation between strength and performance they focused on whether increased strength gave better results in endurance sports such as cross country skiing. Hoff, Helgerud, Österås et al. (1-3) published exciting papers showing that increased specific strength gave improved endurance in double poling tests. They had Norwegian elite skiers follow a strength training program for nine weeks. The athletes performed adapted pull-downs with 85% of 1RM, 3 sets of 6 repetitions, three times per week. The results were remarkable! Strength (1RM) increased by 20. 9 % without increased body weight and time to exhaustion increased a whopping 62 % without an increased aerobic capacity. The researchers concluded that an increased 1RM improved the economy of double poling. Note specifically that these results relate to skiers in top shape. The researchers stated that “well trained cross-country skiers could add maximal strength training to their training regimen”.

So, then we know that maximum strength should be increased for better double poling. But, increased in which muscles? The answer is given in a paper by Hans Christian Holmberg et al (4) 2004. They let 11 Swedish elite skiers do double poling on a tread mill starting at 9 km/hour and gradually increase the speed. By using EMG (Electromyography), they studied which muscles were most activated at 85% of maximum speed. The results were:

Additionally, they were able to show that the skiers who quickly generated high pole forces (explosive action) also reached the highest speeds. It was also shown that legs and lower back muscles are important in returning the body to the starting position.

A few years later, researchers in Austria measured upper body strength in elite sprint skiers and published several relevant results in 2007 (5). They found that the strength (actually power) the skiers could produce in four maximum pull-downs clearly correlated with their performance in 1000 m double poling! The correlation was almost linear. This means that the skiers with the highest pulling power also produced the highest speeds in double poling.

In a very informative paper published in 2010, Möller et al. (6) shows which muscles are used the most in a really hard poling session. The researchers used PET (positron emission tomografi) in order to get 3D images of the body. By injecting a glucose type substance which is absorbed by the muscles after the workout and is visible on the PET scan, relative muscle activity can be illustrated. The result from Holmberg’s EMG was confirmed with two important clarifications:

Losnegard et al. (7) tested the practical application of the new knowledge in 2011. They added a strength training (STR) program to the regular endurance training of Norwegian elite skiers of both sexes during a 12-week intervention study. Training consisted of three ski-specific upper body exercises and one for the legs. Noteworthy is the fact that a specially designed handle was used for upper body exercises to make it more ski specific. Training load varied between 3x4RM and 3x10RM aiming for maximum strength increase. The skiers were tested for physical performance pre and post the intervention period. Results showed that:

Thus, based on recent research, it is scientifically proven that more strength gives better results in cross country skiing. This is especially true for those who do a lot of double poling. There are however two very important preconditions: Do not gain too much weight and get strong in the relevant muscles. Improve your ski-specific strength! 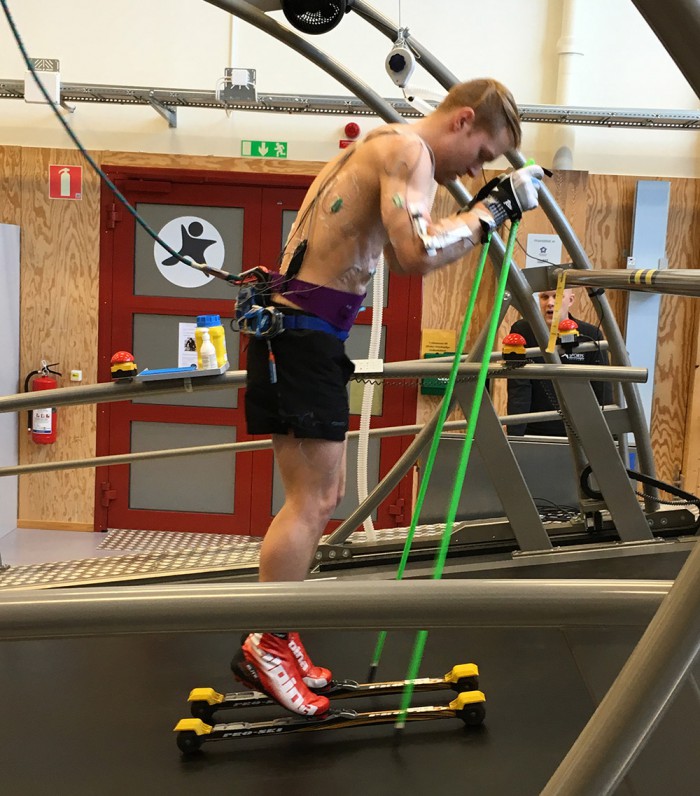 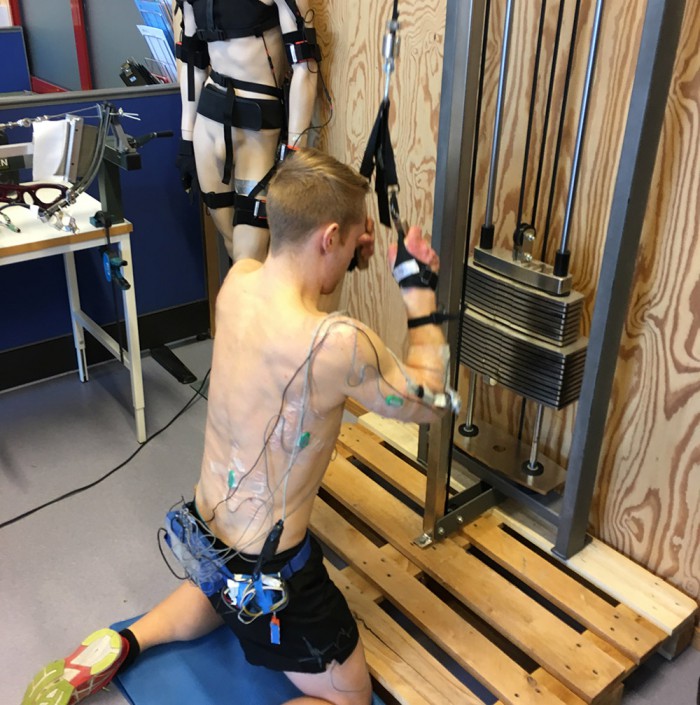